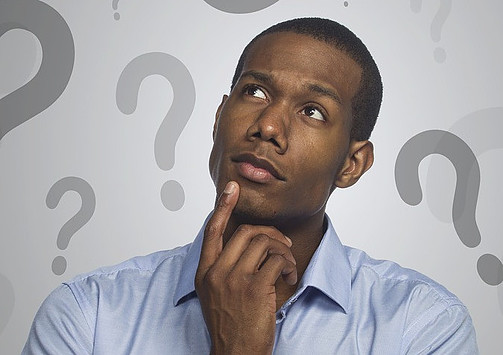 1. Should I call my insurance company if I think I have damage?

As roofers, we get a cringe feeling anytime we here a homeowner say, “Oh I’ll just call my insurance company and let them handle it. I trust them.”

This is almost as cringe as when somebody donates to a church in the belief that they can tithe their way to salvation regardless if they live a good or honest life.

It’s a good metaphor for insurance.

Used incorrectly, the homeowner is fruitlessly donating to a multinational multi billion dollar corporation with the eventual hopes that it will work out for them. Denied claim after denied claim and they still think the insurance company is their best friend when every other neighbor already had their roof replaced twice!

Yes, there are really people that are this gullible and insurance companies make their bread off this percentage of sheeple who don’t have the backbone or will to fight.

2. Will my rates be raised if I file a claim?

Insurance companies use complex algorithms to determine how much they will pay for a given storm date, how geographic zip codes calculate premiums/deductibles, as well as what sort of exclusions/endorsements should be included in policies to reduce risk and liability.

Insurance companies aren’t stupid. That’s a theme you’ll see here again and again. They know how to play the game. If they didn’t, they wouldn’t be in business.

There are examples where rates in certain areas go up after big storms, or deductibles become higher. But traditionally speaking, rates for homeowners is not the same as car insurance. If you get into accident, you are more liable. Not so much the case with homeowners.

3. Do I have to pay my deductible?

This is perhaps the dumbest question of all. Yet I once learned from a very successful person that there are no dumb questions.

Maybe some questions are better than others.

I get it. If I were a homeowner and I thought there was a way to not pay for a roof or even pocket money, I’d be curious also.

But let’s break down the reality: Insurance companies use a software called Xactimate to estimate roofs which reflects fair market value by zip codes. So if the homeowner went and got 1000 estimates, by theory this is what Xactimate reflects. Now whether it is actually true is another conversation for another day.

Therefore, when a roofer waves a deductible, they are cutting corners somewhere. It is only inevitable.

The homeowner is likely not a contractor, nor a roofer with expertise knowledge in International building codes (IBC Codes), nor does the homeowner have time to manage a job properly. That’s why they hire a roofer.

So when a roofer knocks off that $1000 deductible, they are making it up somewhere. Simple.

The homeowner will never know until it is too late.

So don’t do it. Don’t be part of illegal or unethical behavior.

When you see roofs being built where felt paper is left on from the old roof, bet your bottom dollar that the homeowner was in this mindset going in and now they are paying for it. Be better than those sheeple.

And if you are a roofer doing this, there is a special place in roof hell for you.

4. Can my insurance company cancel me for filing a claim?

No it is considered an act of God. The homeowner wasn’t up there grinding golf balls into the roof nor blowing shingles with a leaf blower. They pay for homeowners insurance for that reason.

5. What if I hire the roofer and my claim is denied?

The advantages to hiring a roofer upfront is plentiful. As roofers, we provide a layer of security by helping getting the claim approved, doing all the leg work upfront including putting reports together, taking measurements, as well as negotiating with the adjuster to get final agreement on scope of damages. Homeowners who go about it by themselves are walking into a Squid game where the odds are stacked against them.

So we utilize a Service agreement or Contingency agreement every homeowner fills out before we take on a claim that says, “If the claim is denied, this agreement is null and void.” So therefore they are not on the hook for anything and owe us nothing.

We have a process in place to help if a legitimate claim is denied but we will not charge them for our services.

6. Can you help me if my claim is denied?

Yes, as stated before, we can call for a re-inspection where the insurance company has to send out a new adjuster. Or depending on which state the claim takes place, the homeowner can send it to appraisal with a public adjuster or use attorneys to get the claim approved.

7. Can my contractor take my money and run?

This mostly happens in unlicensed roofing states where roofers are not bonded nor insured. Sure it can happen in licensed states also but it is much harder to get away with.

Really, this activity is fraud and is criminal.

Sure this can happen, in theory. But for the roofer to get the final check to be released, called depreciation, then they must complete the work and file to the insurance company to get it released. Many times the upfront check collected is lower than labor costs so it wouldn’t make sense to do that unless it was a felon straight out of jail going on a smash-and-dash bender.

Furthermore, there are so many parties tied to the completion of the work, including a mortgage company that it is not feasible to commit this fraud except in very rare cases.

So to summarize, no it will not happen with a licensed, bonded, insured company with local references. Vet your contractor and you won’t have this issue.

8. Can the roofer change the price throughout the job?

No, not with an RCV agreement. Our agreements specifically state, “We cannot charge the homeowner more than their deductible unless they have an ACV policy or request upgrades or additions.”

The Contingency agreement is a very powerful tool that helps homeowners protect themselves from a roofer coming back and saying, “We need more money for this or that.”

If something comes up throughout job, we will go back to insurance company and supplement using Xactimate pricing software. This saves the homeowner of dealing with this headache as well as have to go get three bids.

9. My insurance company told me I have to get three bids?

No, the insurance companies tell homeowners to do this to have them do the leg work to save them money and in many cases, hire a sub-par contractor.

Insurance companies use a software called Xactimate to estimate roofs as mentioned before. So it is a fair market evaluation of what it would cost this homeowner in a specific zip code during a certain time of year to get the job done right. That is what 22 of 25 insurance companies use to price your scope of damages and what it would cost to fix it.

Therefore, if a homeowner goes and gets lower bids on an insurance estimate that is likely already low in the first place, they are walking into a disaster just as when a contractor waves deductibles. The contractor who gives the low bid is going to cut corners somewhere. The homeowner will likely never know until it is too late.

10. Will my work be warranties when it’s completed?

Going back to the fact that we are licensed, bonded and insured, we are an A class contractor who takes pride in our workmanship. Every house we do a roof replacement for has a 2 year standard labor warranty as well as a manufacturer warranty signed off by us when we complete the job.

So if we install Atlas shingle, we have a corresponding Atlas manufacturer warranty, whether it is 30 years for regular architectural shingles or 40 years for a class 4 impact resistant shingle.

This warranty can only be signed off by us if we build the roof to manufacturer specifications which means the insurance company has to give a fair price for the roof in the first place and not leave line items off.

A perfect claim process leads to a perfectly built roof. That is what we do.

We do not cut corners or miss building codes so therefore, we can actually sign off on this warranty.

The warranty is transferable if the homeowners sell their house.

11. How does the roofer determine what they charge insurance and how do I know they won’t take advantage of my insurance?

Insurance companies are not in the habit of overpaying for claims. As mentioned before, they use a software called Xacfimate to estimate roofs.

This is a line itemization of the items/components to make up a roof. It is like a recipe.

The software reflects fair market pricing by zip code and time of year.

We use this to estimate the roof and we only ask them for things that are needed to build the roof back to its former condition.

When we finish the job, we file for depreciation and have to report to them exactly what was done and not done. Therefore, there is no way to cheat the insurance company if done properly.

Yes, depending on which state we are doing work in, we have according license requirements. We also carry liability insurance and are bonded when needed.

13. What is difference between ACV and RCV and how does depreciation work?

With car insurance, if a car is wrecked, the insurance company pays the ACV value, which means they take the total amount paid for car when brand new and then deduct the age and mileage of vehicle from total price in form of depreciation. After depreciation is subtracted out then they pay the Actual Cash Value of the car.

If the homeowner has an ACV policy which is not very common, they will do the same and subtract the age of roof and give that according amount.

f the homeowner has an RCV policy which is most common, they will pay the full amount for roof as if it was brand new but hold onto a portion (called depreciation) that can be released when job is done and roofer files for depreciation. That is the difference between recoverable and non-recoverable depreciation.

If you have question about what your specific policy is, then ask your insurance agent or call the insurance company and they should be able to tell you. It is also in your policy but good luck reading through that.

It is advisable to avoid ACV policies in most circumstances.

These are the most common questions that homeowners ask about the insurance process. Insurance is meant to be used only when needed, but with roof damage, often homeowners don’t even know they need to file a claim. Hail or wind damage is not like getting into a fender bender. Many times the damage is unseen until it causes serious problems like leaking and resulting interior damage.

Therefore, after every big hail or wind storm, it is important to have the roof looked at in order to inspect for damage. If damage does occur, it is equally important to follow a streamlined roof claim process like the one described above.

Done right, insurance is a beautiful tool that can help save the homeowners tens of thousands of dollars. Done incorrectly, it can be a huge waste of time and money.

Feel free to reach out to us if you have any questions or you need your roof inspected.

Each state has different time frames for filing a claim, so if you had a storm that hit your house and you didn’t get it checked out, now is the time to have it inspected!

✅The most comprehensive guide to Atlas shingles from a certified installer